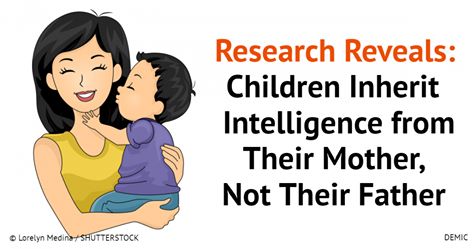 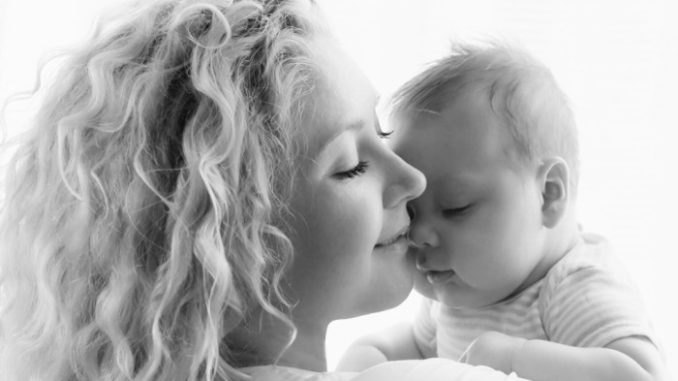 A lot of fathers are going to hate this, but genetic research has found (people) probably get a log of intelligence from their X gene, the feminine one…The X chromosome has a thousand gene, and a bunch of them influence cognition. – Dr. Keith Witt

Until quite recently, it was generally accepted that both parents have a roughly equal influence on their child’s intelligence. However, it turns out – should this research be proven correct – that women have a much larger impact on their child’s cognitive abilities than men.

Now, it is important to understand that this research is quite controversial. Most studies claiming to uncover the enigmatic functioning of intelligence often evoke passionate debate. Relatedly, genetics is a highly-complex and multifaceted scientific arena. Studies are continuously being produced that seek to disavow, or seriously alter, any related study before it.

Regardless of the vigorous debate, it is beneficial to present (and interpret) these findings with an objective mind. If anything, this study is fascinatingly entertaining. Ultimately, this is our goal – to entertain. We hope that our readers find this study to be as intriguing as we have.

The Role of X and Y Chromosomes

Many people do not have much of a clue when it comes to genetics. As such, it’s beneficial to quickly go over a couple important facts. This will also make reading and understanding the remainder of this article much easier.

– A chromosome is a thread-like structure consisting of nucleic acids and protein. They carry genetic information.

– Every human being carries one pair of chromosomes in each cell.

– Females have two X chromosomes. Males have one X and one Y chromosome.

Conditioned genes inherently contain a “tagging” system, which is made up of biochemical material. This tagging system allows two important things: (1) tracing to the gene’s point of origin, and (2) determination of an activated or deactivated state within the body. Activated genes will influence genetic development, while deactivated genes will not.

The mechanisms of conditioned genes form the basis of the intelligence study.

Findings of the Study and Related History

Cognition is thought to be influenced mainly by the X chromosome. Theoretically, women are more likely to influence cognition, as females possess two X chromosomes while men carry just one. Of course, there is much more to the theory than the number of X chromosomes.

In this study, scientists used genetically-modified mice to test their hypothesis. They discovered embryonic test subjects that were administered predominantly maternal genetic material developed a disproportionately larger cranium and brain, while developing a much smaller body. Subjects administered disproportionate amounts of paternal genetic material developed a larger body, but a smaller cranium and brain.

In addition to cranium and brain size, researchers were privy to some other interesting observations. First, they identified six areas of the brain that contained only maternal or paternal genes. Second, they did not find any paternal genetic material within the cerebral cortex – the area of the brain responsible for executive functioning, such as language, planning, logical reasoning and advanced thinking.

The idea that mothers have a disproportionate influence on a child’s intelligence is not a new one. In 1984, the University of Cambridge studied both brain development (termed “co-evolution) and genomic conditioning. Cambridge sciences ultimately concluded that maternal genetics contribute more to the thought centers of the brain.

Fast-forward to today and similar findings have taken place, like the experiment described above.

In one particularly noteworthy study, researchers at a governmental agency in Scotland followed a group of 12,686 people aged 14 to 22. Each year, researchers would interview the subjects while observing intellectual development while considering various factors, from education to ethnicity. The scientists conclusively state that the mother’s IQ was found to be the best predictor of intelligence.

Without a doubt, the findings of this and related studies pertaining to intelligence will continue to be evaluated and scrutinized. As mentioned, no scientific study that makes claims to the development of intellect will ever be fully accepted by all.

However, if there is one conclusion that can be reached it’s this: mothers have a significant influence on their children’s cognitive abilities.

And it isn’t just genetics, either. Far from it. Nourishment and nurturement of a child directly influences their intellectual growth – two responsibilities mainly overseen by the mother. Furthermore, the special bond between a mother and child provides stimulus for them to explore the world and navigate problems.

In conclusion, women play a much larger role to the intellectual development of children than can be understood by a genetics experiment. However, the findings of these and other studies seem to buttress the notion that our mom’s give us our brainpower.